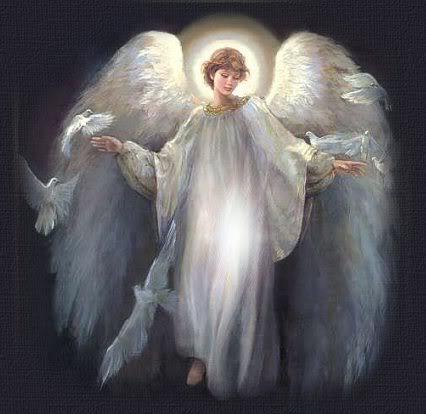 The existence of angels have long been debated. But in different scriptures of different religions, angels have always been mentioned. They are commonly identified to be messengers of God. Their existence has been first recorded ever since the Greek and Mesopotamian civilizations. These winged creatures were later on, were no longer messengers. The become protectors and guardians of humans.

Angels have been perceived, described and named in different ways different religions. But even so, they seen to be unified in one thought. That angels existed to enrich the spirituality and lives of people.

For Christian belief, angles have been created by God before creating the universe and mankind. They are messengers that act on matters that are very important for spirituality, like the annunciation of Mary and the resurrection of Christ. They serve as guardians, protectors and helpers of God.

Angels would frequently appear as human beings. Unlike to what is commonly known, angels are not cute babies with wings. According to the Bible, angels during the annunciation of Mary were described by the shepherds as adults. While, on the Christ’s tomb, the women met two men and informed them of the resurrection of Christ. They are often bathed with light that make it difficult to look at them directly and define their exact features.

There are also some Christian traditions citing that we are assigned with our angels on a specific ritual, like baptism. But theologians quite agree that the dead and their spirits do not necessarily become angels. There are some who believed that those who died and lived a righteous life would become angels in the afterlife, but there are nothing mentioned in the Bible about this.

Muslims also believed in angels. Actually they have archangels that they believed in: Archangel Gabriel who delivered the message of the Qu’ran to Muhammad, Archangel Michael who is said responsible for rain, thunder and rewards to good people on Earth, Archangel Raphael who’s responsibility is to announce the arrival of Judgement Day, and the Angel of Death who separates the body and the soul on the time of death.

Latter-Day Saints accept that angels are for real. They are here to be a messenger and at the same time make sure that the work of the Lord is followed and implemented on Earth. Angels are prominently mentioned in the Doctrine and Covenants which play a major role in the construction of Mormon belief.

Latter-day Saints believed that angels are actually participating in daily tasks. They are not only supernatural beings who appear from time to time, but they exist along with the people.

Hindus take what cannot be seen as a very serious and important matter. They would believe that every tree or river crossing is a home for spirits. In India, they have what we would call deva or devata, they are referred to as the “shining one” of locals. Hindi scriptures would say that there are about 33 million devas in existence.

For Hindu, the Divinity and the spirituality behind these angels are more important that the angels themselves. They would believe that devas are only manifestations of a higher and supreme being.

The same in Christians, Hebrew describes angels to be the messengers of God. Not only are they messengers but also the implementer of God’s will. All angels owe their existence to God since they were created by God.

Their appearance is not necessarily like a human being. They can assume likeness to humans, but otherwise they are still divine. They also believed that angels can sit, walk, speak Hebrew and fly. Hebrew Bible frequently mentions the angels in its books